How to change SHADERLINK GUI? [SOLVED]

Now I start working on Cinema UI integration with my shader system. Many things are clear and thanks for that to developers! But there is one issue:
When I write

What flags for SHADERLINK should I use and how?

I don't think you can change the gui exhibited as it is. You won't get around creating your own customgui or datatype for this.

After digging a lot I can conclude it seems to be so. But dynamic tabs that can be done inside material interface make reaching my target possible: implementing many layers for material. It is also quite convenient too.

actually it is possible to only display the popup button of the SHADERLINK parameter. This is done by setting the "POPUP_ONLY" flag

Thanks for the info Sebastian! Didn't know that. It would be so great if all these resource flags were documented..

At least you can use ResEdit for it. 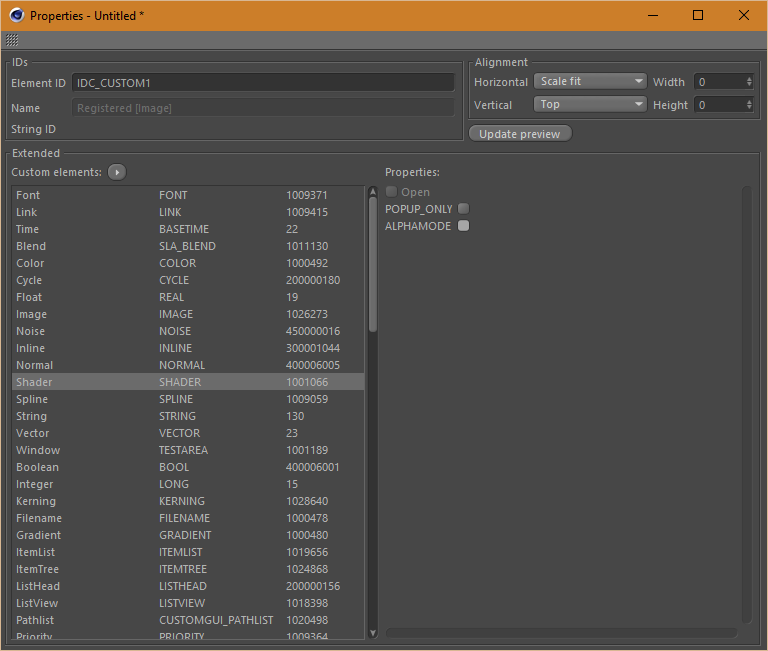 Oh, great! Thanks, Sebastian and Niklas!
Please, can you also show a link with tutorial on how to install and use ResEdit?