Generated normals are ignored by C4D

I generate normals in a NormalTag from C++, but the normals seem to be ignored by C4D in the
viewport from a shading perspective but also when using the "Vertex Normals" display option in
the Viewport settings.

When I export the object as an .OBJ and import it again, the normals are taken into account by
C4D as expected. I can not spot a difference, however, between the object or its NormalTag that
I generate and the one that is imported from the .OBJ.

Here is a link to the C4D scene file with the object:

I would expect them to be the same, but the normals of the original model on the Right seem
to be ignored. 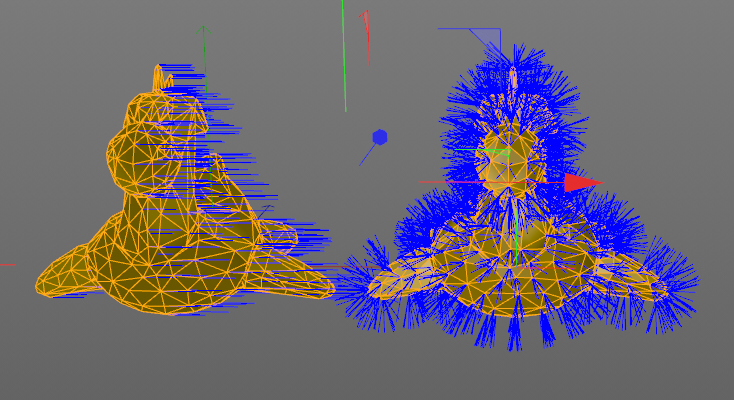 could it be you are lacking the phong tag?
Unfortunately it is not explicitly mentioned in the documentation (we'll fix that), only in the code snippet: NormalTag manual.

That is the culprit, thank you Andreas.

I keep forgetting that these manuals exist. I think the NormalTag class documentation should link
to the manual page.